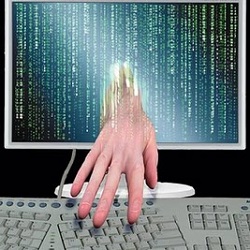 Fraud takes place in dental offices far more frequently than most dentists realize – published statistics suggest that the chance of a dentist being defrauded in his or her career exceeds 60%, with an average loss of over $100,000.

When fraud in your practice becomes apparent, emotions like anger, despair, guilt and, in some cases, even fear are common. All of that, and a desire to act – when a dentist suspects embezzlement, there is a strong urge to deal with the problem immediately, usually by confronting the suspect.

This urge to take action, combined with a dentist’s likely inexperience in matters relating to fraud, often results in missteps that often can worsen their position. These missteps can lead to destruction of evidence, wrongful dismissal lawsuits, denied insurance claims, and failed prosecution. Don’t make things worse. Instead:

1. Stealth is paramount. This is so for several reasons – normally at this point fraud is suspected but not confirmed.

If there is no fraud, it is far better that staff members are unaware that the dentist had a “crisis in confidence” in them. But if fraud is happening and the thief thinks that you’re onto them, their normal inclination is to take steps to destroy evidence.

If a theft is taking place, the best outcome for the dentist will be achieved by preserving evidence, conducting a quiet (stealthy) investigation and confronting the thief only when fully prepared.

2. That investigation should not be done alone. Obtain professional advice. Some dentists approach fraud investigation as a do-it-yourself project. Given that the dentist typically does not know what to look for, self-guided fraud investigation is likely to accomplish little other than tipping off the fraudster.

At this point, knowing where to turn is vital. What is needed is expertise in investigative techniques, fraud methodologies specific to dentistry, evidence preservation and knowledge of dental software. At this juncture many dentists consult their CPA, their attorney, law enforcement agencies, or their dental software vendor. All of these people can offer some help, but each typically lacks an element necessary to properly guide the dentist forward.

When engaged, an experienced fraud investigator should take charge of the process and coordinate the work of the other actors involved.

3. Preserve evidence. Your computer’s hard drive contains a cornucopia of information that will be needed to confirm the fraud, quantify losses, prepare an insurance claim, and proceed with prosecution. But this information is volatile and can be deliberately erased or overwritten by the normal activities of your dental software. It is absolutely vital that the computer-based evidence be preserved. Normally this is accomplished by performing a backup that is not “rotated” like most backup media. In certain cases, we also perform a procedure known as “ghosting” a hard drive – this makes an exact copy of an entire hard drive including working or “temporary” files that are not normally captured by a backup, but may contain important information. We also typically move a complete copy of your dental software onto one of our servers so that we can both preserve and study it.

Dental software vendors make continual improvements to their software. A common recommendation of vendors, if contacted with concerns about theft, is to upgrade your software to the latest version. This is probably not a good idea in most cases. Forensic investigation often involves retracing the steps of the perpetrator, and this is made complicated if the software has changed.

4. Do not place “bait” (e.g. put an extra $20 in the cash to see if it goes missing). Employees who target their dentists often perpetrate sophisticated frauds involving tens or hundreds of thousands of dollars. If you were doing this and the dentist offered a (fairly transparent) chance to demonstrate your honesty by returning the $20, wouldn’t you give it back? Also, if the money does disappear, you won’t necessarily know who took it.

5. Do not change financial protocols. Looking to make changes without being able to explain the rationale will certainly be seen through by a thief.

6. Do not report the incident to police until you have sufficient evidence to confirm fraud. Making a police report before you have gathered all the evidence serves no purpose and may limit your options in dealing with a thief.

7. Do not confront the suspect. There will be a time when this is appropriate – our success rate in obtaining confessions from thieves is 100%, but it requires careful preparation.

9. Whatever you do, don’t fire anyone until evidence has been gathered. The amount the employee may steal from you in the few weeks that it will take to complete an investigation pales in comparison to the cost of a wrongful dismissal lawsuit.

If you suspect, right now, you might be a victim of fraud in the dental office, contact us at fraud@prosperident.com.

Prosperident is North America’s only company specializing in the prevention, investigation and remediation of frauds against dentists. The authors have been involved in many fraud investigations, have acted as expert witnesses in court cases and are regularly consulted by law enforcement agencies on the topic of dental fraud. They have also spoken at regional, national and international dental conferences on the subject of fraud against dentists.