A Lesson in Leverage for Dentists 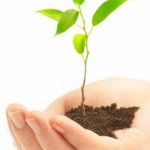 Debt can create a wide range of emotional reactions – no doubt about it. As a financial analyst with only dentists as clients, I speak with dentists across the country every day regarding their business, liabilities, and investments. Most stories support my “debt-averse” hypothesis.

Consider Dr. Worry Later. He is 47 years old and proudly paid off his student loans, his spouse’s student loans, and just wrote the last check on his dental practice. Did I mention he only had $32,000 saved for retirement? Oh, he can start saving now . . . right? My math suggests that, if he left the “good debt” alone and stretched his poorly leveraged debt out, he would have had far for more for retirement in the long run doing it my way.

What about Dr. Interest Hater? She has six loans on different short terms, varying rates, with numerous hurdles & clauses that cause headaches just trying to understand them all. She was drowning in a monthly payment of nearly $18,000. Suggesting a re-finance to allow her some breathing room, she went pale when $135k more in interest would be paid. Ouch! Again, my magical calculator suggests that the same debt, fully amortized with a fixed rate for 15 years (no sneaky pre-payment penalties or balloons) would yield 1.1 million in retirement wealth at a 10% return plus $200k for the kid’s college fund. By the way, the interest on this debt would be tax deductible. (Yes, a 10% return over the long haul is reasonable if you have a fee-only, actively managed, conservative approach – but that’s another article entirely.)

Dentists often join our firm at a young age and come to us with little debt in their practice or personal life, when asked why; the answer is always the same: “I hate debt so I paid it all off because I finally could!” Unfortunately, this comment was preceded by a monologue of all their retirement concerns and why they haven’t saved any money. I get it. You’ve worked really hard and studied dentistry for years and finally don’t have to lay awake at night with the nightmare of dental school debt hovering in your dreams. This debt aversion is not just an anomaly that solely affects dentists-everyone dislikes debt.

First, you must make a distinction between bad debt like high interest credit cards and good debt like low interest student loans or debt from business re-investment. A professional, with high income capability, must take a more balanced approach through proper leveraging because of their special retirement circumstances and needs. Let’s face it; dentistry is one of the most capital-intensive professions out there when you consider the “all-in costs” of equipment, student loans, real estate, and lost income from extra years of schooling to become a dentist, etc. Because of this, it had better be structured in a way that allows you to save some money while you pay it back since you’ll be behind the eight-ball right off the bat. In addition, dentists generally have a shorter working career and exist in a cash-based business model. Waiting to save until after you pay off debt is not a winning proposition – trust me. I see this all the time and not through glasses streaked with emotion.

From a structure standpoint, a dentist needs to properly leverage their debt to take advantage of an old adage: “the time value of money”. Since most money doubles about every eight years it is in the market, the quicker you get it in, the better off you are. This is why you hear that saving “the first million” is the hardest . . . after you have built that nest-egg; you should have the second million after 8 years, though the first million may have taken 10-15 years to attain. As you can see, making up for lost time – when you consider the time value of money – can be a costly endeavor.

Let’s consider an example of something I witness time and time again regarding debt structuring, proper leveraging, and what it costs you. Assume a dentist has variety of practice loans with anywhere from 1 to 7 years left on the terms. There is a total balance of $500,000 and a monthly payment of $10,000 (therefore, there is $120,000 that is paid on these loans in a given year). If the dentist were to refinance this debt to a new $4,000/month payment over a longer repayment schedule, there is essentially $6,000/month in additional income each month that would be available to him/her. If that $6,000 per month difference was invested for 20 years, the dentist would have approximately $3.7 million (assuming a 9% rate of return). However, if they had employed the “debt first” philosophy and paid everything off before starting to save, they could invest $120,000 per year after the 7 years of payments have been paid. This would leave the “debt first” dentist with approximately $2.7 million after 20 years. There is a $1.0 million difference between both options-therefore, you could be making a million dollar mistake from not properly leveraging the existing practice debt! Based on most dentists’ needs, that just delayed their retirement another 3-6 years.

But what happens to all that extra interest that you will be paying on that additional loan by extending the loan out over a longer term? This question is asked a lot and is no doubt valid, but in the previous example, the extra interest on the longer loan is around $350,000 – still leaving the properly leveraged dentist $650,000 ahead of the “debt first” dentist (or 24% more money). Also, remember that additional $350,000 in interest is deductible anyway, so you can at least write it off through your practice. You might consider the “real number” after taxes. In other words, $350,000 deducted from corporate taxes is actually a “real cost” to the dentist of about $200,000.

I’m not suggesting that you leverage yourself up to your eyeballs. I’ve seen the outcomes of this as well. A dentist reads this article, extends his/her debt, and doesn’t save anything is a realistic and tempting scenario. After all, we all have a mental wish list of how to spend an extra $6k per month. Going this route is worse than the “debt first” mentality because now you’re not investing and you’re paying more interest over time. This happens with home equity loans all the time. Folks re-finance again and again, pulling equity out of a home to buy stuff and their upside-down before you know it – with nothing to show for it but a new 60″ TV and a bunch of fading vacation memories. You must be much disciplined to employ this strategy.

This example gets back to a central tenet: emotions cloud judgment. Debt is very emotionally charged and can feel like weights holding you down, but as I’ve shared with you, the emotional side of debt can force you into a million-dollar mistake. I’m an analytical guy, so I like to look at the number side of everything and the best part is that numbers don’t lie. Having someone on your team to help you realize these potential mistakes before they are made is the difference between you walking the beach – and wondering where it went wrong.