How Dentists Should – And Shouldn’t – Invest 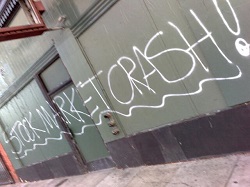 Last time we discussed the best ways to build a framework that allows you to invest in ways that will help you build wealth from your dental practice. But once you’ve done that, what should you actually do with the money that you invest?

The short answer is, “invest conservatively.” Chasing big returns can be a hard temptation to resist, though. There’s a direct correlation between increased risk and increased potential rate of return, and many dentists feel the pressure to make large sums quickly to try to build a floundering retirement plan. According to the ADA, the average dentist only saves about 10% of their income – around $21,000 – and at that rate, they won’t be able to hit their retirement goals. To try to make up for it, they get forced into investing aggressively to get the big returns, and many get bitten by risky investments that eventually turn south. Anyone remember 2008?

At Four Quadrants Advisory, we recommend a more conservative investment strategy that concentrates on savings first. You don’t need to chase that high rate of return when your practice finances are structured so that you can save $100,000 a year rather than $20,000. To get that kind of money from investing alone, you need a 500% rate of return.

Focus on what you can control – your savings, not stocks – and avoid extreme risk. In 2008’s financial crisis, those who were heavily invested in risky stocks lost between 30 and 40% of their value. Those who were more conservative in their investments lost much less.

Finally, as a dentist you really shouldn’t be investing your own money. You are trying to run a million-dollar dental practice, you’re seeing patients, you’re running a staff, you’re raising a family. You don’t have the time to give your accounts the attention they need to grow the way you need them to. Get a team of qualified advisors to help you, and your money will be in much better hands.

It would be nice if you could just snap your fingers and make it happen....

Should You Incorporate Your Dental Practice?

That’s honestly not a very tough question to answer. The short answer is yes, but as that would make for the shortest blog in history, we thought we...

Online Basics for Your Dental Practice

No one uses the Yellow Pages anymore. I throw mine out whenever they come in without even taking it out of the bag. I don’t use it to look up...