It’s Not Too Late to Save for Your Retirement 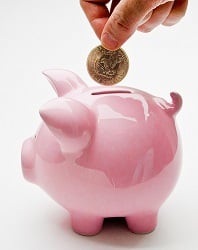 But if you’re already 50, 60, or even 70 years old it’s too late for that now. Now, it’s more about ambition. It’s about wanting to fight to better your situation, to be in a better place than where you are. If you don’t want to settle, you don’t have to. But the margin of error shrinks considerably. According to the ADA, only 4% of dentists will retire to a lifestyle similar to that which they had while working. Most dentists under 40 years old think they’ll retire at 61, but after 40 reality sets in and most say it won’t be until age 67.

To get back ahead of the game, everything has to work harmoniously. You need a comprehensive approach that is focused only on building wealth. No new debt, unless it’s crucial to your practice’s operation. You can no longer overstaff just to keep things comfortable. Overhead has to be cut. An older dentist can’t just work more to make more – your practice has to get leaner and more efficient. You need to know your financial numbers, and know them fast so you can react quickly to any issue that comes up.

After your general finances are squared away, you’ll need to prepare to sell your practice. You’ll get 60-70% of your previous year’s revenue as a sale price, most likely. If you’re in a geographically desirable area you may get more than that. But remember that this should supplement what you’ve been saving already – less than a year’s revenue won’t get you very far on its own.

But if you’ve taken these steps and built your practice into a lean wealth-building machine, you shouldn’t have any problems. Even if you start late, you’ll still be able to retire very comfortably. 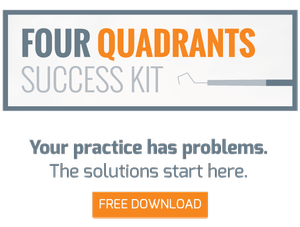 Is your dental practice ready for Four Quadrants Advisory?