Reducing the Risks of a Partnership Failing: Part 2 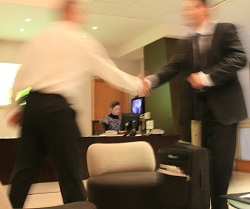 Last week I talked about the preparation that needs to be done before hiring an associate to make sure your partnership works out. After all, 75% of them end up failing, so it looks like dentists need some help. Once you’ve made the hire, though, the work isn’t over. You need to plan for what happens after the hire is made and the buy-in is triggered, and you need a plan for what happens when you’re ready to call it a career.

You’ll be coexisting with your new partner hopefully for several years at least, before you ride off into the sunset. Your practice will not function in the same way it did when you were the only executive in charge. You’ll have to work together to make things work. Communication is key, and regular management meetings are a necessity.

Decisions must be made about how decisions will be made when you’re working as partners. How will you develop strategy as a team? Who decides when new equipment is needed, what equipment you should buy, and how? What will your schedules be – will you work together, or trade off shifts? What happens if one of you wants to run a personal expense through the practice but the other partner does not? You need answers to these questions before the situations come up.

Another thing that’s helpful is finding a new corporate accountant. This should be someone who hasn’t worked with either you or your new associate before – any accountant who’s associated with either of you might have more loyalty to one than to the other, and because of that, one of you will be favored. That’s a bad way to start out a partnership.

And since that partnership won’t last forever, you need to plan for how you’ll dissolve it once you’re ready to retire. Phasing out slowly is the best option for all involved – it helps your long-time patients get comfortable with your partner and with the idea of you leaving, your partner gets to ease into being totally in charge, and you don’t have to give up working all at once.

Any plan should be focused on making sure that you don’t have to stop working before you’re ready. You created this practice and it’s your life’s work – it’s yours as long as you want it, and as long as you’re an asset rather than a liability. But at some point, your 50% stake will need to be passed on to your associate. The deal should be fair and also flexible. It benefits all parties involved.

Whatever happens, don’t fall into the trap of thinking there’s one right answer that works for everyone. The only right transition is a custom transition. Your situation is unique, and so is your associate’s. Your plan needs to reflect that, and serve the unique individual needs that each of you have.

Reducing the Risks of a Partnership Failing: Part 1 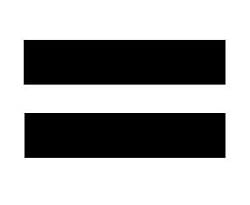 75% of new associates hired in dentistry never become a partner. There are a lot of reasons for that, but one of the primary ones is that many practices that hire fail to devise and implement a good transition strategy. Not enough preparation is done beforehand to make sure the hiring and the full transition process goes smoothly from the beginning.

The first step is to research every angle of the process. Answer four main questions before hiring an associate.

It’s absolutely key to make sure the partnership is equitable. No 51-49% splits – the associate has to be treated as an executive from day one. With the massive debt today’s dental school graduates incur, you won’t be able to compete with corporate dentistry if you aren’t offering stable salary from the start so keep this in mind. They have to be treated as your equal as much as possible to make the transition smooth when you do eventually leave.

If done right, all of this planning will help your staff, patients, and revenue make it through the transition from you to someone else pretty cleanly. But if not, you’re likely to end up looking for a new associate.

When Should I Pay Off My Debt?

For someone without a lot of financial expertise, it may seem obvious that if you’re in debt, you should pay it off as soon as possible. And that assumption can get your dental practice in a lot of trouble.

People hate being in debt, and dentists tend to hate it even more than the general population because they have so much of it. So when they have money available, they’ll tend to put it towards paying it down as quickly as they can. There’s a battle between emotion and logic a lot of the time – the emotional decision is to accelerate debt, while the logical decision is to hold off and invest the money.

It’s a hard decision to make. Debt can be frightening, and the emotional side of it is powerful. Add in the fact that retirement savings is more abstract – retirement is a lot farther away, while debt is here now – and without guidance, the decision can be pretty hard to make.

One of the first things to think about is what kind of debt you have. There’s actually good and bad debt. Good debt is something like taking out a loan to buy a new piece of equipment for your practice, or your mortgage. An example of bad debt is a high-interest credit card. If you have a lot of bad debt, that should be eliminated – but good debt can be managed more gradually. In terms of taking on new debt this comes into play again: why are you putting yourself in debt? If it’s for something that will help your practice be more productive, that’s fine. But if you’re just living outside your means, well, stop doing that.

When deciding whether to invest or pay down debt, think about the opportunity cost. If you use money on something, you obviously can’t use it on something else – so think carefully about what you’re losing when you’re gaining something else. The simple answer is that you should strike a balance between debt and savings, but the current situation leans a little bit more in one direction than the other.

Interest rates today are the lowest they’ve ever been, and probably the lowest that they will ever be. Now is actually the best time in the history of money to be in debt. So why would you be in such a hurry to get out of it? Low rates mean that your practice debt compounds less than it would with higher rates, and the interest is tax deductible anyway.

On the other hand, if you fail to invest now in your retirement, you will miss out on returns for every day your money’s not in the market. An intelligent capital preservation strategy is critical as well – to focus on saving more and taking less risk with that money in the market. If you don’t invest in your future now, you’ll have a lot of catching up to do in the future.

You can’t make up for age. The idea of compounding of interest over time makes this very clear. There’s too much to be lost by failing to invest now, too much money to lose by failing to get returns for years while you concentrate on paying off debts that aren’t hurting you that much.

So what should you be doing? Pay off bad debt first. Then concentrate more on saving money and investing it in your retirement now, putting yourself on the prudent path. Once you’re on your way towards a healthy retirement, then you can start building a strategy to pay down your good debt as long as you are also making what you want from the practice. Make your decisions based on numbers and logic, not on emotion. Debt might not be fun, but it’s a lot more fun than realizing you can’t retire until you’re 80.